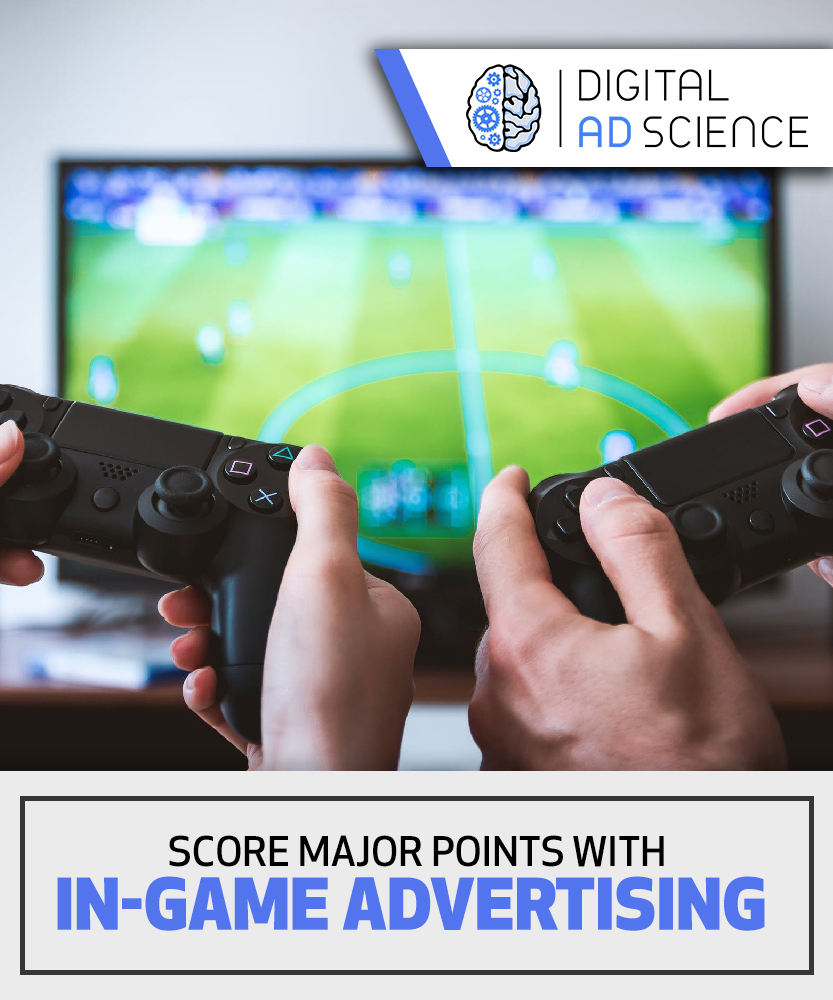 In 1982, Disney released a movie that was widely misunderstood by many but became a cult classic among certain individuals who already had a passion for video games and computers. “Tron” depicted an actual “program” that as a human being was made to enter a computer and battle other programs, complete with motorcycles, flying spaceships, and soldiers on the offensive.

During these early days of gaming, we as consumers really had no idea just how involved and appealing video games would get in the future. Around the year 2000, graphic capability skyrocketed, and activities like motorcycle racing and snowboarding were made much more virtual and exciting.

The gaming industry has always seen an extremely high value, but it has admittedly been a bit underutilized by advertisers – until now. Fortnite saw a large reinvigoration of casual gaming for a sweeping variety of audiences and stay at home orders have done the same for anyone trying to advertise.

Many more people are playing and watching actual games to keep themselves occupied during these days, and it is obvious that some who normally wouldn’t have the time are spending long hours engrossed in gaming. Consumption is now so high that it is much further legitimized as a very proper marketing medium for entertainment and going to be taken very seriously in the days to come.

One area where interest has grown (for good reason) is the act of running campaigns inside of video games. Events such as rap concerts within Fortnite or a football tournament reacted in FIFA 20, are providing advertisers a better understanding of the opportunities that exist in outright gaming partnerships.

The opportunities on the horizon now are a bit like layered extensions of social media strategies than just a way of hastily throwing up an ad on a virtual billboard. It’s no secret that brands are eager to be an integral part of this future, as gaming has been known to drive innovation and be live in the most literal sense of the word.

Last month Adidas provided a recreation of the canceled European Championship in the FIFA PlayStation video game to help offset some of the income that had vanished drastically from the live matches. With a very high amount of logo visibility in the game, the entire event was transformed into a lucrative opportunity that was amplified heavily across social networks.

The rapidly-growing popularity of the virtual matches is having a very tangible effect on the business, and Adidas’ shopping app downloads in Turkey have doubled since the beginning of the campaign that’s led to a 25% rise in daily revenue from the app. This is a large part of the reason why developers such as Electronic Arts are trying to put together more deals with broadcasters to broadcast their esports events on TV.

This period of detailed experimentation from advertisers is mandating a shift in the commercial ecosystem from developers and the ad tech vendors they frequently partner up with. Riot Games will soon feature in-game ads during broadcasts of its very popular “League of Legends” competitions.

Heavy hitters Mastercard and Alienware are among the first few advertisers to purchase these specific ads and Riot plans to have different advertisers is every one of its 12 regional leagues. A genre of business that sometimes only receives valuable front-line exposure at in-person events, these two will no doubt benefit from this new arena that heavily involves a demographic keen on brand recognition and online spend potential.

There will be challenges when it comes to measurement and success because it can be nearly impossible to accurately tally the reach of an in-game event and the different ways it’s shared online. Here at Digital Ad Science we can devise a plan for you to create killer content that would be appropriate for in-game efforts, SEO and pay-per-click strategies for success, and blog posts that coincide with a very modern and aggressive means of social media management.